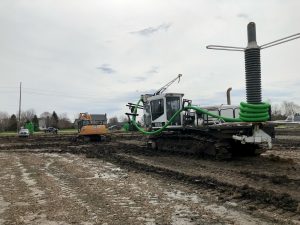 Senate Bill 85 proposed to establish a drainage task force consisting of six members of the senate, six members of the house of representatives, and six other individuals. The task force would be required to: (1) review the responsibilities of landowners and state and local authorities under current laws relating to the drainage of land; (2) make certain determinations concerning drainage and regulatory matters; and (3) determine whether the balance between state authority and local authority over drainage of agricultural land favors state authority more in Indiana than that of neighboring states. The bill would also require the task force to issue and submit a report to the executive director of the legislative services agency for distribution to the members of the general assembly and to the governor.

You can learn more about this bill here.

You can learn more about this bill here.

Contact information for 2021-2022 Indiana Legislators can be found in the linked PDF documents listed below.