Historian Jordan Ryan, principal at The History Concierge, Indianapolis, has created overviews of each of the seven reaches identified in the White River Vision Plan as representative places along the 58 miles of the White River in Marion and Hamilton Counties. There will be seven 90-minute programs near the art canoe installations to create connections to the White River through history-based storytelling. Free of charge, participants are encouraged to bring their own camp chair or blanket, refreshments, and whatever else you might need as the events will be held outdoors. Below and HERE you will find summaries of each event, along with the dates and locations of each community conversation.

North Reach — Strawtown Koteewi Park
September 12th, 1 p.m. | Taylor Center for Natural History at Strawtown Koteewi Park, 12308 Strawtown Ave., Noblesville, IN
A crossing point over the White River by the Lafayette Trace, once the pathway for Native American migration from southeast to northwest, this area is steeped in the early history of indigenous people. Ryan will discuss the early role this important crossroads played in Hamilton County history.

Noblesville Reach — Potter’s Bridge Park
September 12th, 4 p.m. | 19401 N. Allisonville Rd., Noblesville, IN
Manufacturing was key to the rapid development of Noblesville in the latter part of the 19th century, and the White River allowed for both recreational and industrial development in this town, platted in 1823 by William Conner and Josiah F. Polk.

Meadow Reach — River Road Park
September 26th, 1 p.m. | 12575 River Rd., Carmel, IN
It was nearby that William Conner set up his trading post, settling among the Lenape Indians, and ushered in white settlement in this area which was home to many Great Lakes tribes for hundreds of years. This area is where the White River twists and turns, with high banks contrasted with by lower flood plains and wetlands that make for rich farmland.

Quarry Reach — Hazel Landing Park
September 26th, 4 p.m. | 10601 Hazel Dell Pkwy., Carmel, IN
Quarrying began in this area during the 1940s as post-war populations boomed and homes were being built at a rapid pace in Indianapolis. Now a booming suburban area, it did not develop until the 1960s as the nearby town of Allisonville expanded. Rapid change came in 1978 with the introduction of the I-465 highway system and businesses turned their backs to the river to face outward to the streets. 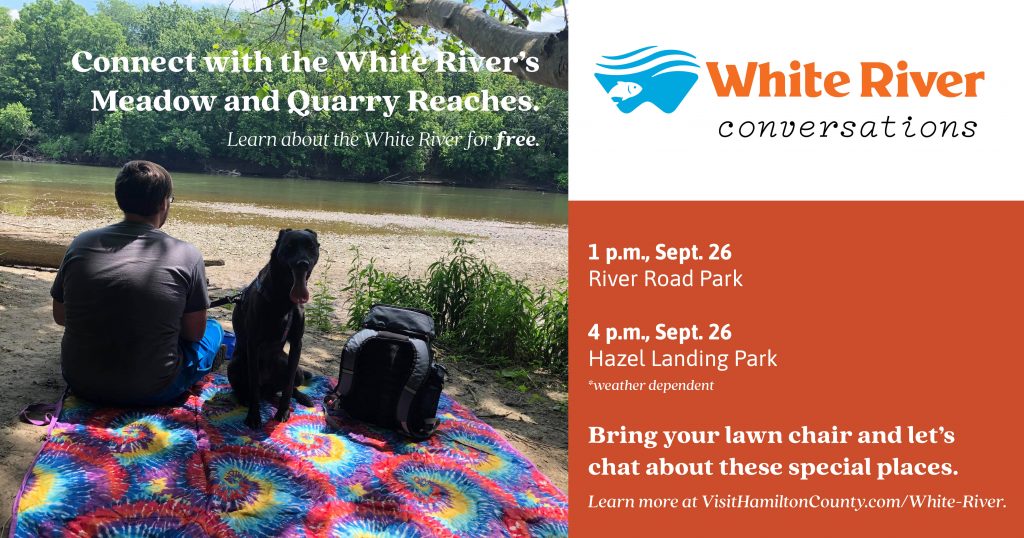 Village Lakes Reach — Broad Ripple Park
October 10th, 1 p.m. | 1500 Broad Ripple Ave., Indianapolis, IN
The river’s bending and twisting in the communities that now are considered Broad Ripple made it attractive for recreation and weekend country homes along the White River. The fact that it was upstream from a very polluted downtown made this area a racial dividing line.

Protected Reach — Riverside Park
October 10th, 4 p.m. | 3702 N. White River Parkway W Dr., Indianapolis, IN
Riverside Park is the largest feature of this area of the White River was created by John Olmstead’s parks system plan and has a storied and rich history. It also represents the uncomfortable past of a city divided by color and defined by where White River was most polluted. 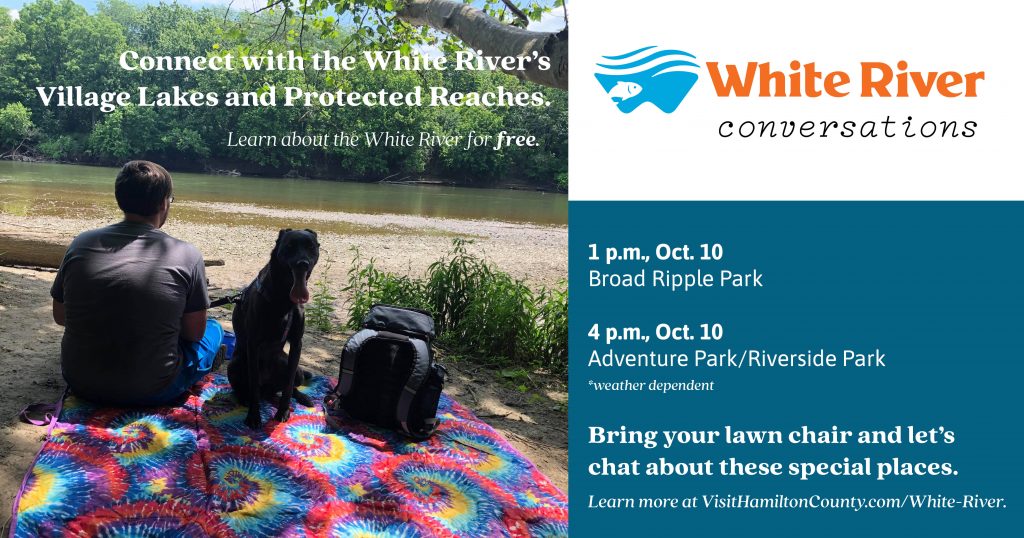 South Bluffs Reach — Southwestway Park
October 24th, 1 p.m. | 3400 Mann Rd., Indianapolis, IN
The most undeveloped reach in the White River is also a unique geological feature — a kame. It’s the second highest elevation in Marion County and is the result of a large hill of outwash deposited from the edge of a melting glacier. This  geographic feature, and not the river, made it a popular place in the early 1900s. It became a park in the 1950s and 1960s as the county sought to create large regional parks throughout the area. 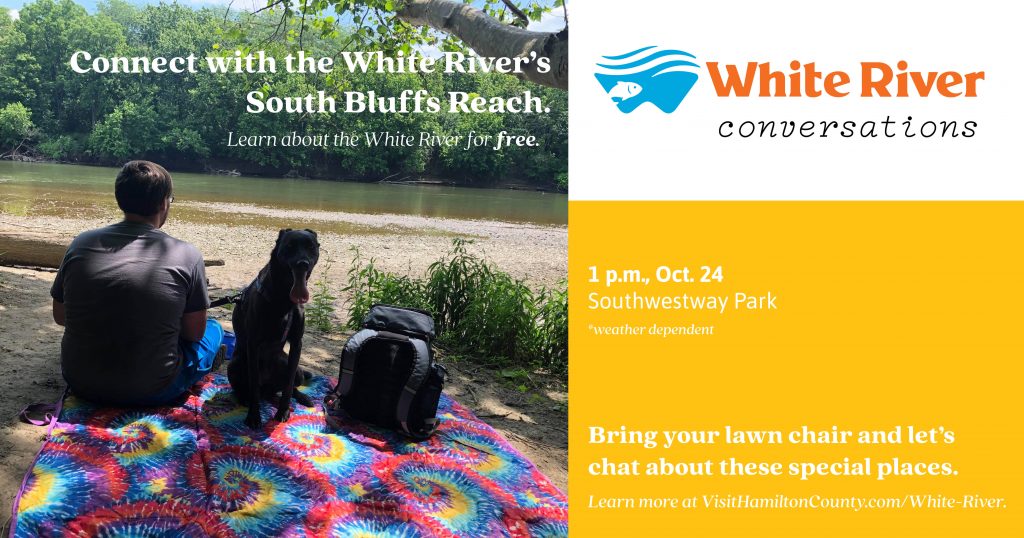